In 2000 the conservative party formed a coalition with the far-right in Austria. People started to protest against the government every thursday – the movement therefore was called “Donnerstagsdemos” (thursday-demonstration). In 2017 the two parties built a far-right coalition again. So the protests rose again too. „ES IS WIEDER DONNERSTAG!“ became the new claim.

The simple yet powerful writing in black and white became the iconic and much-loved logo of the movement. It is as easy to recognize as to reproduce – people all over Austria used the design to oppose the racist, sexist and anti-social policies of the government. Merchandise became an important part of financing the protests and it wasn’t long until you could see the bold posters, banners, stickers, flyer, caps, bags and t-shirts becoming a visual part of Vienna. 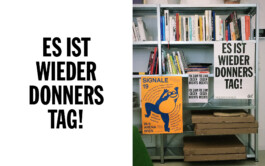 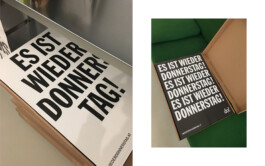 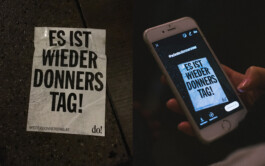 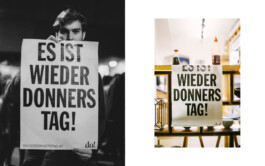 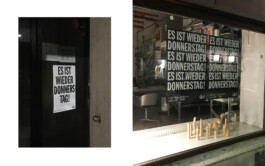 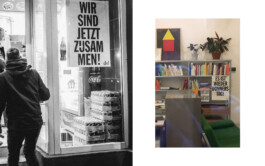 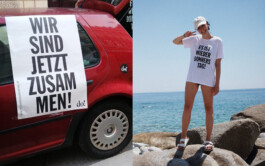 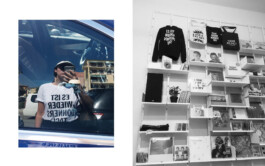 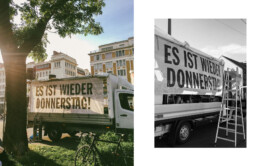 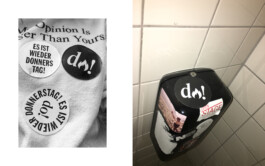 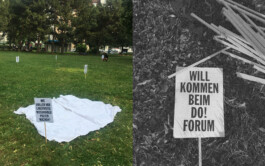 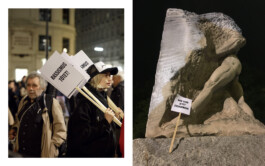 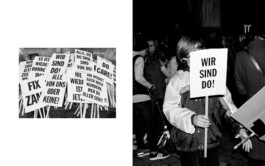 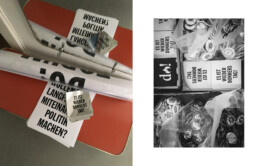 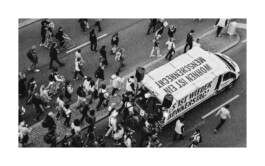 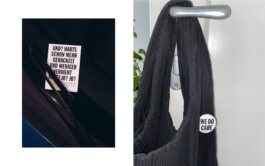 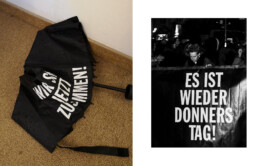 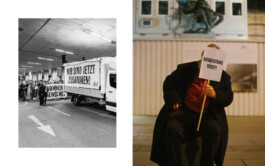 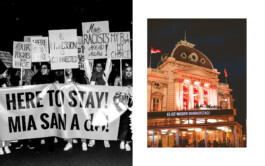 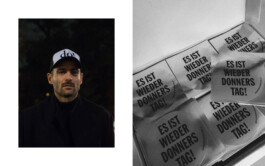 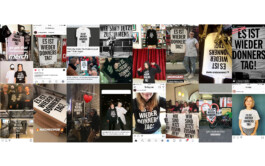 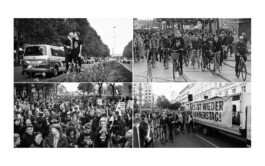